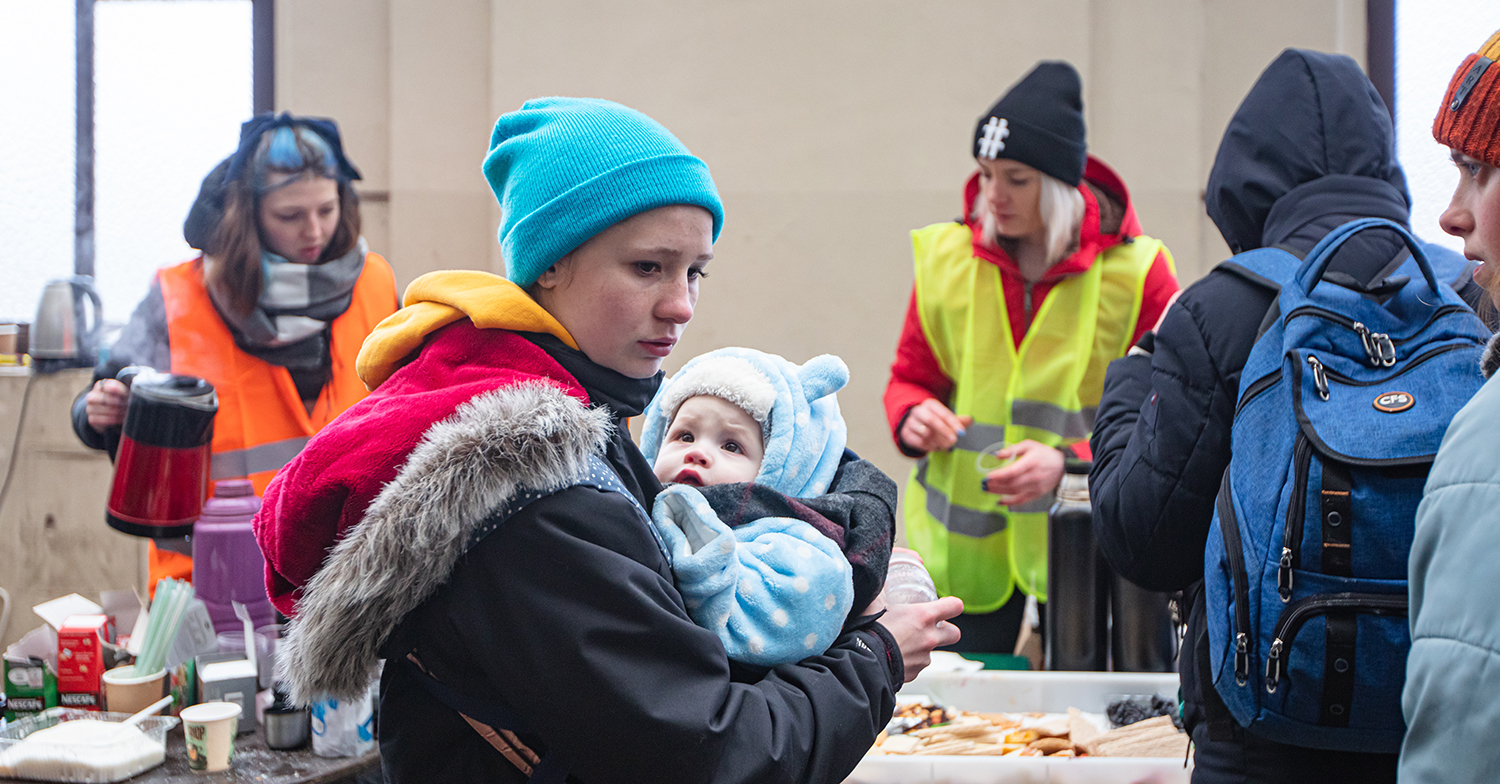 In March 2020, when COVID-19 was declared a global pandemic, the impact was immediate to refugee sponsorship groups like the Diocese of Ontario Refugee Support (DOORS) and others like it across the country. Temporary travel suspensions were put in place both domestically and overseas. There were delays in processing existing applications.

DOORS Refugee Settlement Co-ordinator Mimi Merrill reflects on 2020 as the start of what was already a difficult journey for refugees around the world. COVID-19 only made things worse. “Expectations we had when people would arrive changed dramatically. In 2020 there were very few arrivals. We would expect to see about 40 or so people arrive in a year, we were seeing less than 20” says Mimi.

2021 Was not much better. Travel restrictions continued here in Canada, compounded by the challenges of Visa offices closed in countries where refugees were travelling from. Mimi explains that in some cases, finding successful travel routes were hard to find. “Even when the Canadian government was ready to process or to put someone on a plane, if there was a country that was not allowing anyone to travel out of that country, that prevented a refugee from being able to come to Canada.”

The longer refugees stayed in a country of asylum, the more difficult their situation became. “Because of COVID-19, refugees did not have access to limited employment opportunities and resources were being used to help citizens of the country they were in” says Mimi. A lot of suffering and difficulties were the result, both for the refugees themselves and the sponsors waiting for them to arrive.

And it has not just been the pandemic causing problems over the last two years. We have seen an increase in global conflict in countries such as Yemen, Ethiopia, Afghanistan and now Ukraine. There are now more than 82 million men, women and children displaced worldwide. “We have this increasing demand that is happening. We can only do so much. We can't sponsor every single person” says Mimi.

This year, as travel restrictions begin to ease, DOORS is doing everything they can to work with Immigration, Refugee and Citizenship Canada to bring refugees to Canada. “We are starting to see more arrivals. I would not say it’s back to normal, but IRCC and everyone is trying to find a way to cope with the way things are now. We are starting to see a bit more speed in the processing. Starting to see more refugees being called in for their interviews” says Mimi. This is a positive step going forward.

Canada has been increasing targets for how many people can enter our county. Not just for refugees but for people who come to Canada on work permits, study permits or spousal sponsorships. With DOORS and the Diocese of Ontario as Sponsorship Agreement Holders, the diocese is only allowed so many applications to bring refugees into Canada. “For the past couple of years we have requested just 50 spaces. There is always opportunity to request more” she says.

Mimi also indicates the challenges now of finding sponsors here in our diocese. There was huge momentum in 2015 with the Syrian crisis with sponsorship groups in Canada. Many will remember the viral photo of the body of two year old Alan Kurdi who drowned in the Mediterranean Sea. The picture created a dramatic worldwide concern over the refugee crisis. Mimi says that less and less parishes and people from our diocese are currently involved in sponsorship. In many cases people who were sponsors before have moved on and there are now new people who may not have considered sponsorship.

DOORS is actively looking for more parishes to pursue sponsorship and have begun creating profiles of refugees as a way for potential sponsors to connect and see that this is a real person that is actually waiting and needs sponsorship. “We have some people who have been on the list for three or four years and no one has stepped up to sponsor them” says Mimi. DOORS is also creating a new information package and organizing parish visits to educate people on the benefits of refugee sponsorship. “We will always help refugees no matter who is sponsoring them. The reason the program was created was to help parishes be able to participate and these sponsorships have been highly successful” Says Mimi.

To find out how your group or parish can become sponsors or to arrange a parish visit contact Refugee Settlement Co-ordinator Mimi Merrill at doorsref@gmail.com or visit the DOORS webpage on the Diocese of Ontario website: https://www.ontario.anglican.ca/programs/diocese-of-ontario-refugee-support-doors.

May 14
Books, Baking, Bling and Bargain Sale
May 16
Mobilizing Kingston for the Climate Emergency
May 19
Decolonizing Fundraising