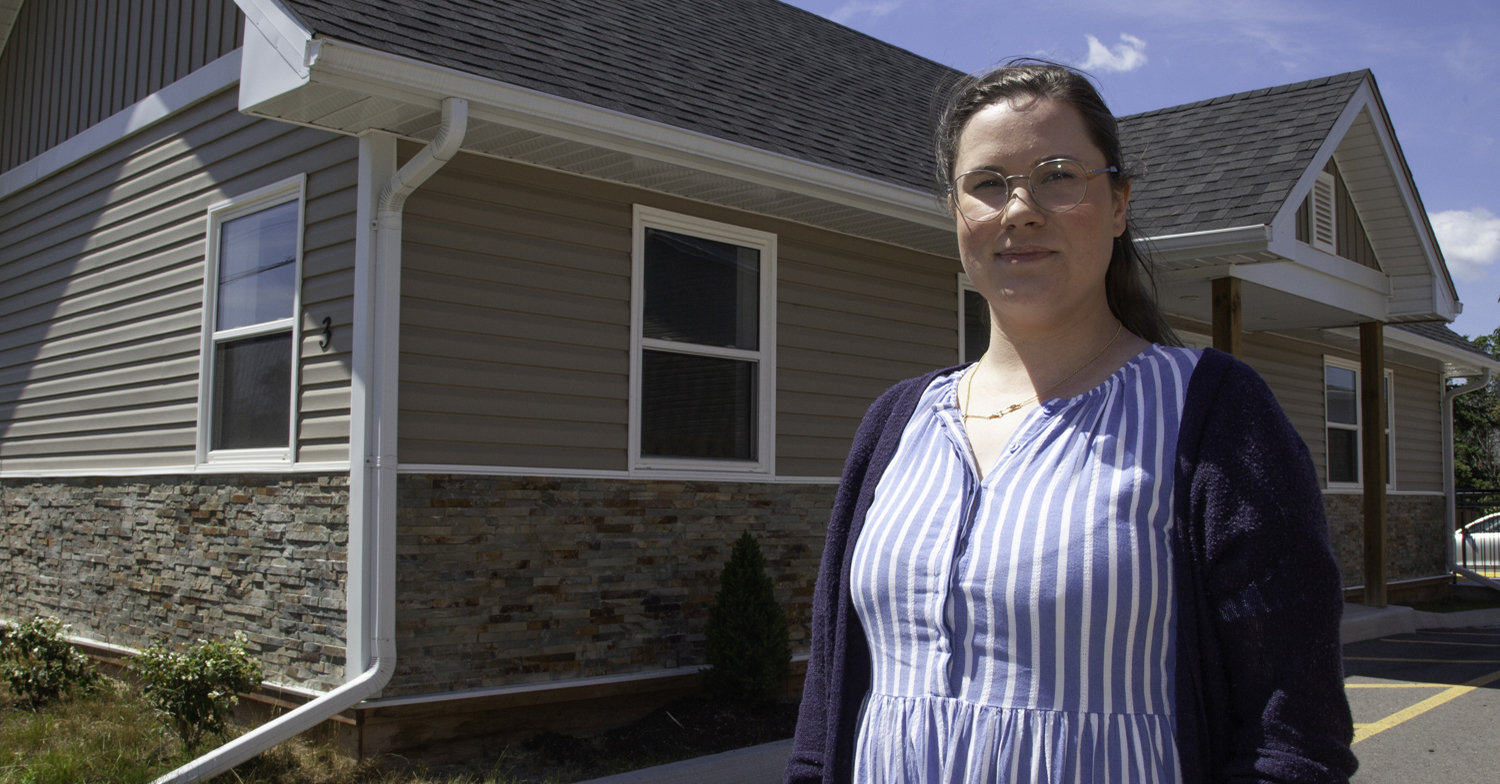 This April, the Diocese of Ontario welcomed Taylor Lynch to its staff roster as the Community Engagement Coordinator for the new Adelaide Street Mission. Located at the site of the former Church of the Good Shepherd in Kingston, the Mission will serve the neighborhood as an outreach hub for programming and services that will be offered for the local vulnerable population. Taylor’s job is to determine the best way the Mission can move forward in meeting these needs.

To step back to how this began, in 2015, the Diocese of Ontario offered an exchange to Habitat for Humanity Kingston for the property that the former Good Shepherd Mission church was located on. The lack of available land in the City had always been a challenge for Habitat to find property for new housing builds. In exchange for the land, Habitat would build three duplex homes housing a total of 6 families along with a ministry centre that would belong to the diocese. Through the centre, the diocese could maintain an outreach presence in the Inner Harbour area of the city, as well as act as a partner to Habitat in providing the land for new affordable housing.

With the building completed and the diocese slated to receive the keys to it at some point this Summer, next steps are to determine the best way to use it as an outreach hub for the local community.

As the Community Engagement Coordinator, Taylor is first investigating current community needs and challenges and identifying any programming gaps that exist. She has used information from existing community needs assessments and reports published by the City of Kingston, United Way, Queen’s University and local census data.

Based on that research the diocese can then determine the best use for the building. Taylor is mindful of not duplicating existing services and sees the Mission as potentially a place to coordinate existing services. “Different service providers could come in on different days and provide their programming. And then on the other end of the spectrum, we may identify a niche or an underserved population in the community, and the diocese may elect to develop programming specifically around that need, and that will become the missionary identity of the building” says Taylor.

She knows that speaking with not only service providers, but also the community members themselves is key in identifying needs. Their voices will be the most important in shaping programming for the Mission going forward.

Taylor’s ongoing research into the local neighborhood community has revealed needs in not only a lack of affordable housing, mental health and addiction problems and food insecurity, but underlying problems that don’t always get the same media attention. Underserved populations like the formerly incarcerated, vulnerable and victimized women and Indigenous people who have no dedicated space in the City of Kingston. She hopes that services and programming at the Mission can make a difference in the lives of these groups as well.

Next steps, Taylor will offer a final report and recommendations to Synod Council by the end of June for the diocese to consider the best way forward for the Mission with what partnerships and services would best benefit the local community.

As for Taylor herself and her own path to the Diocese of Ontario, working as a community engagement coordinator was the last role she ever saw herself in. With a goal to becoming a history professor, she was well down that path and was in her first year of her PhD at Queen’s University when she attended a prison ministry event with the Queen’s Chinese Catholic Student Association. She was hooked and while completing her PhD, Taylor was hired by the Canadian Families and Corrections network, a non-profit that assists families. “I just completely fell in love with prison ministry and that really became where my heart was. It really became a vocational calling for me” she says.

Not to be alone in her passion for working with the vulnerable members of our community, Taylor’s ministry is matched both in spirit and energy by Bishop Michael Oulton who has defined his ten year episcopacy through outreach to those on the margins. Says Bishop Michael, “There are two clear guideposts for ministry in service to the mission of Jesus Christ. The first is the Great Commandment calling forth love of God, neighbour and self in equal measure with the totality of our being and second is the Great Commission exhorting us to carry the love contained in the Gospel to all the world, reaching out particularly to those on the margins of society. This is where Christ calls us to be.”

With the Adelaide Street Mission sure to open up new possibilities for outreach in the Diocese of Ontario, Taylor’s work within the community will also go a long way towards providing a model that can be replicated across our diocese in future mission development. Says Taylor, “In a way, we are rethinking how ‘church’ is lived and communicated to the community. My hope is that our Mission will be a blessing to the entire neighborhood and eventually elsewhere in the diocese.”