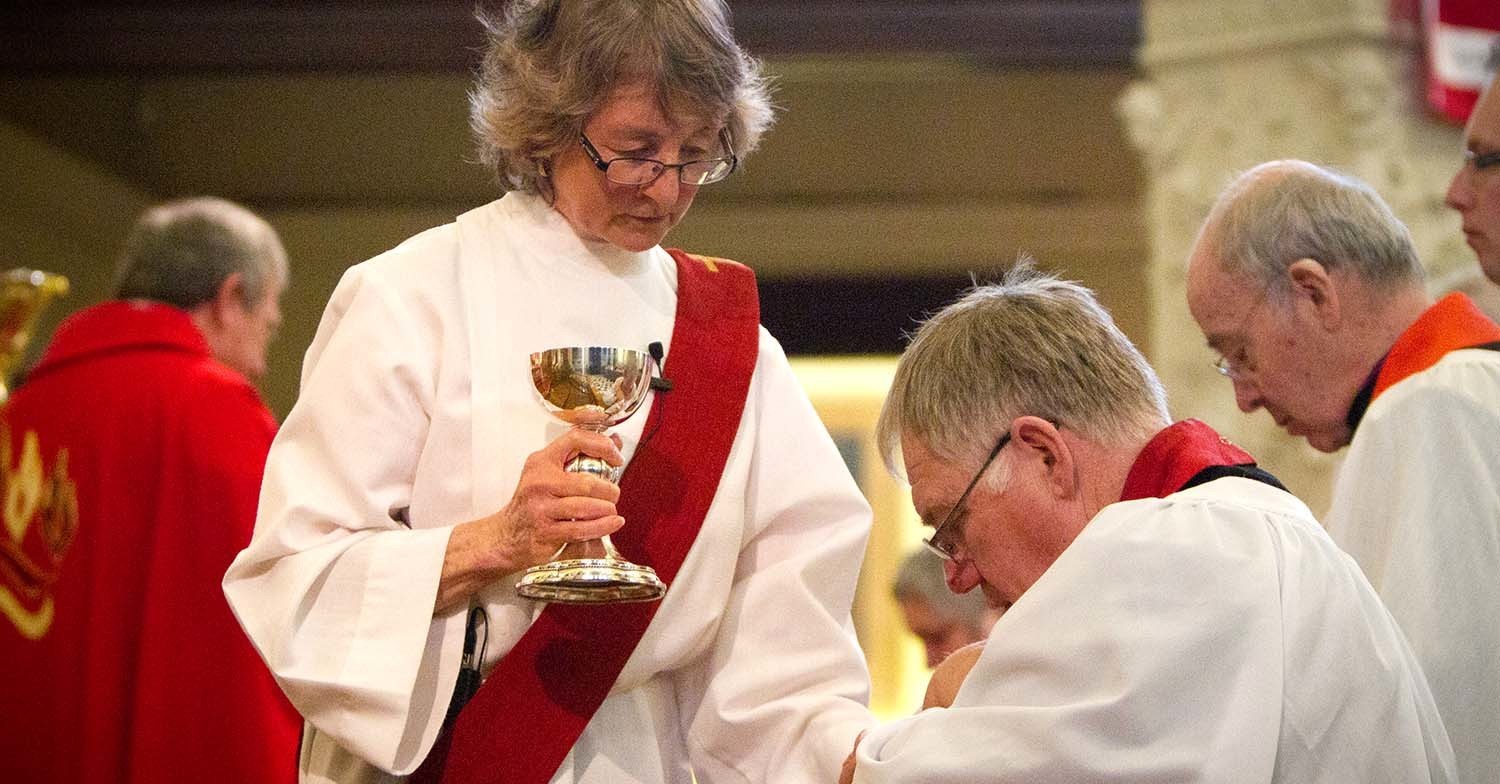 You are to make Christ and his redemptive love known, by your word and example, to those among whom you live and work and worship. You are to interpret to the Church the needs, concerns and hopes of the world

The Diaconate: an introduction

The word deacon derives from the Greek word Diakonos meaning servant or minister and the biblical concept of Diakonia is commonly defined as service, particularly to the poor, sick, and oppressed. The deacon's service is a sign or icon of Jesus, who came not to be served but to serve. Jesus is the model for the servant leadership a deacon is called to exercise in a variety of ways, including encouraging and enabling others to serve. A deacon has "one foot in the world and one foot in the church." Although deacons also serve in specific roles in the liturgy, their liturgical roles are merely symbolic of their real ministry in the world.

What do deacons do?

The ordination service for a deacon states their duties:

How are deacons deployed?

Are there different types of deacons?

Over the years, those who have been chosen, and are committed to an on-going life and ministry as deacons have been referred to as “vocational”, “permanent”, or “perpetual” deacons. However, now they are simply referred to as deacons. There is, however, a long-established practice within the Anglican Church of those who have discerned a calling to the priesthood first being ordained as deacons and then as priests. In the Diocese of Ontario, those “deacons” proceeding to the priesthood are referred to as transitional deacons to distinguish them from regular deacons.

Are deacons a new form of ordained ministry?

No. The Order of Deacon is of New Testament and apostolic origin. The Book of Acts contains what has traditionally been understood as the institution of the Diaconate in the selection and appointment of “the seven” through prayer and the laying on of hands for service and distribution of food among widows in the community. The letters of Paul to the Philippians and to Timothy refer to deacons as officers alongside bishops in the life of the emerging church. Deacons became important figures in the administrative life of the church, often acting as the chief administrating officer to bishops and overseeing the temporalities of the church.

In the Middle Ages, the use and the influence of the office of deacon was diminished, as many of the roles and functions of deacons were taken over by presbyters [priests] or members of the minor orders (e.g., lectors and acolytes). During the English Reformation, the major orders of bishop, priest, and deacon were retained, while the minor orders were eliminated. Unlike the Eastern Churches, which preserved the Order of Deacon, the Diaconate continued in the West as a transitional order in preparation for the priesthood. While Anglicanism claimed to continue the historic threefold orders of the Church Catholic, it was not until the 20th century that it gave serious consideration to the redevelopment of the Diaconate as a permanent and distinct order of ministry.

Source: The Iona Report: The Diaconate in the Anglican Church of Canada (General Synod, 2016)