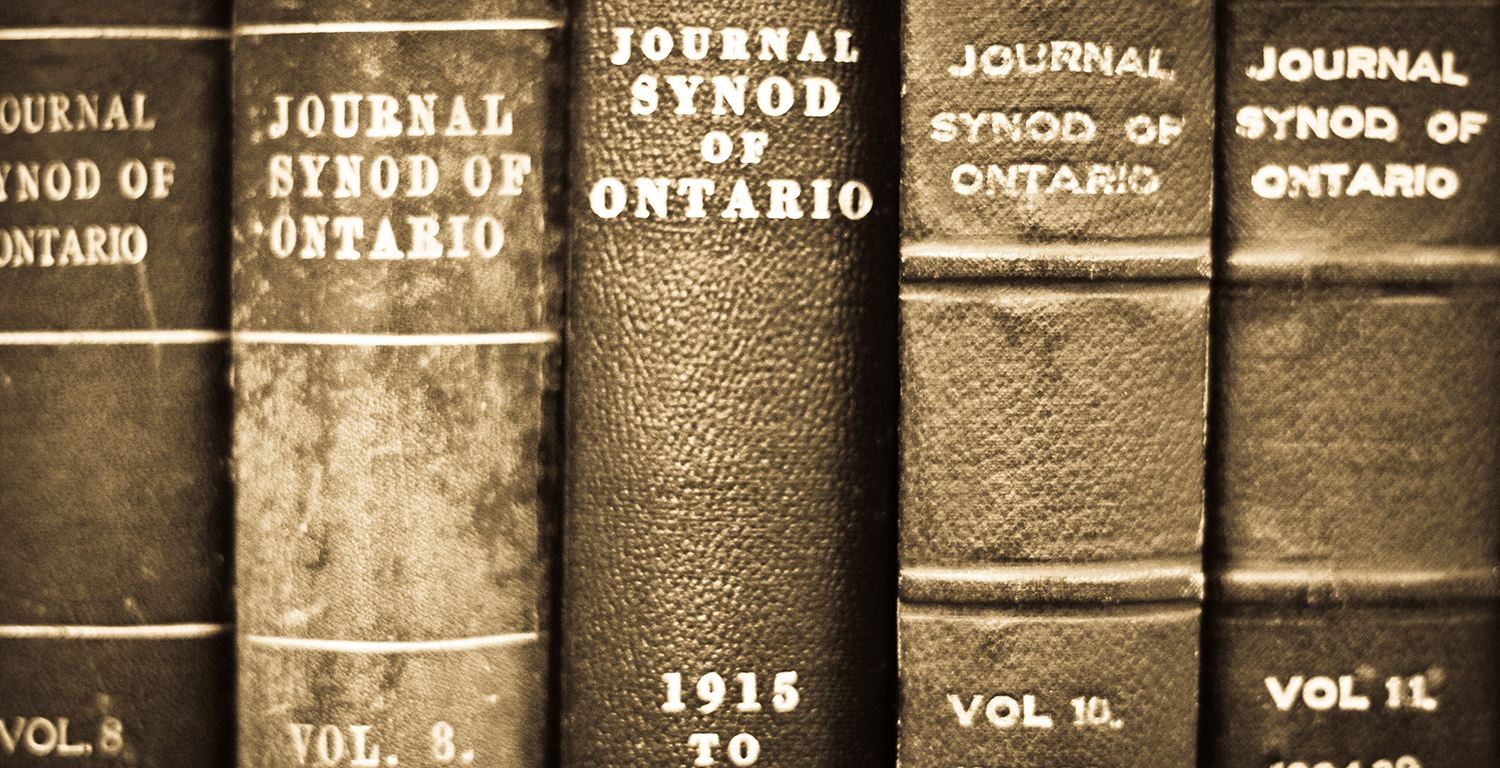 The Diocese of Ontario Archives makes available the archival material for consultation and research as staff and resources permit.

The Anglican Diocese of Ontario is a diocese of the Ecclesiastical Province of Ontario of the Anglican Church of Canada, itself a province of the world-wide Anglican Communion. Its See City is Kingston, Ontario, and its Cathedral is St. George’s, Kingston. The Diocese is not coterminous with the Canadian civil Province of Ontario, but rather encompasses approximately 17,700 square kilometers of it, and comprises the Counties of Prince Edward, Hastings, Lennox & Addington, Frontenac, and Leeds and Grenville. Apart from Kingston, the other major centres included in the Diocese are Belleville, Trenton, Brockville, and Kemptville.

The Diocese was founded in 1862, when it was divided from the Diocese of Toronto. The Diocese of Ontario was incorporated by “An Act Respecting the Incorporated Synod of Ontario”. Until 1896, it included the present day Diocese of Ottawa. Its first Bishop, John Travers Lewis, a Church of Ireland cleric, was the first bishop to be consecrated in Canada, rather than England.