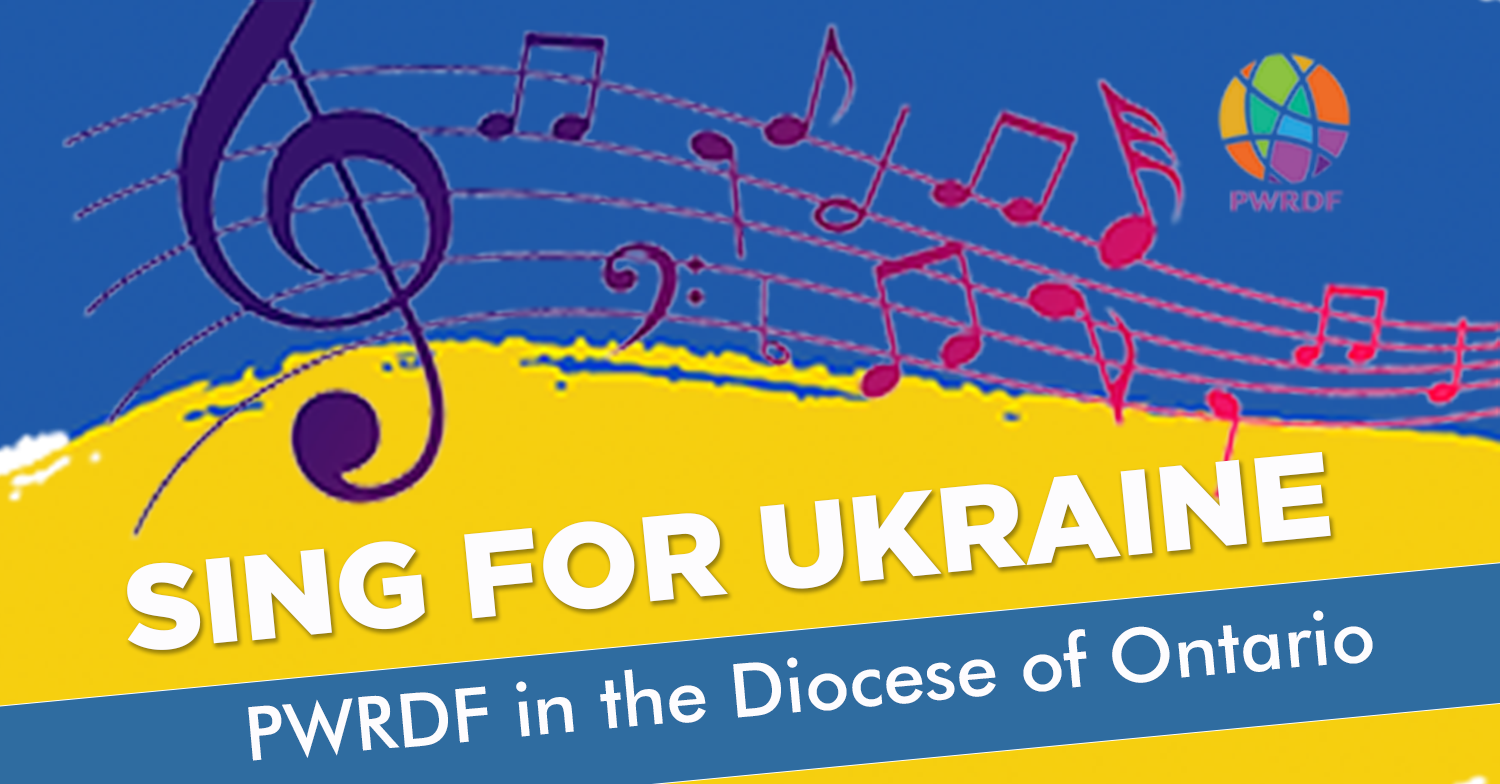 Earlier in May, PWRDF in the Diocese of Ontario launched a fundraising campaign called ‘Sing for Ukraine!’ PWRDF Coordinator Sophie Kiwala urged Anglicans in our diocese to use their voices to help support relief efforts for refugees in Ukraine. The submissions are in from parishes and all videos will be included in a compilation video to be posted online on the Diocese of Ontario Facebook page on Pentecost, June 5.

Everyone  in our diocese is encouraged to donate $5 to PWRDF at this online donation page to support their partners on the ground in Ukraine: ACT Alliance and Help Age International...[read more].

Help Sophie and PWRDF Ontario reach its goal of $1000 to support efforts in Ukraine.

Each week, Diocese of Ontario PWRDF Coordinator Sophie Kiwala watches with growing concern the grim news about the Russian invasion of Ukraine. She is especially anxious regarding the status of refugees in that country. According to the latest assessment by the United Nations High Commissioner for Refugees (UNHCR), there are a projected 8.3 million refugees expected to flee Ukraine as the conflict continues. This from a country with a total population of over 40 million people. Around 5.2 million refugees have already left Ukraine with another 7.7 million people internally displaced.

“Having Eastern European heritage and knowing what my own father went through in Poland during WWII when Russia deported his family to a labour camp in Siberia—I know and have felt the lasting damage that was done to the people of this region” says Sophie. “Sadly, his experiences are trivial compared to what we are seeing in Ukraine now.”

Sophie is deeply thankful that the Primate’s World Relief and Development Fund (PWRDF)  nimble response to the war in Ukraine has been heartening and a source of inspiration for so many. PWRDF has collaborated with HelpAge International and Hungarian Interchurch Aid to support Ukrainians as they flee their homes and cross into Hungary.

Says Sophie: “For just the price of a cup of coffee you can offer much needed support for refugees in Ukraine fleeing the conflict. Please raise your voices in support for PWRDF as we work together for a truly just, healthy and peaceful world.”

Use the following link to donate to Sing for Ukraine!:   https://interland3.donorperfect.net/weblink/weblink.aspx?name=E344492QE&id=49