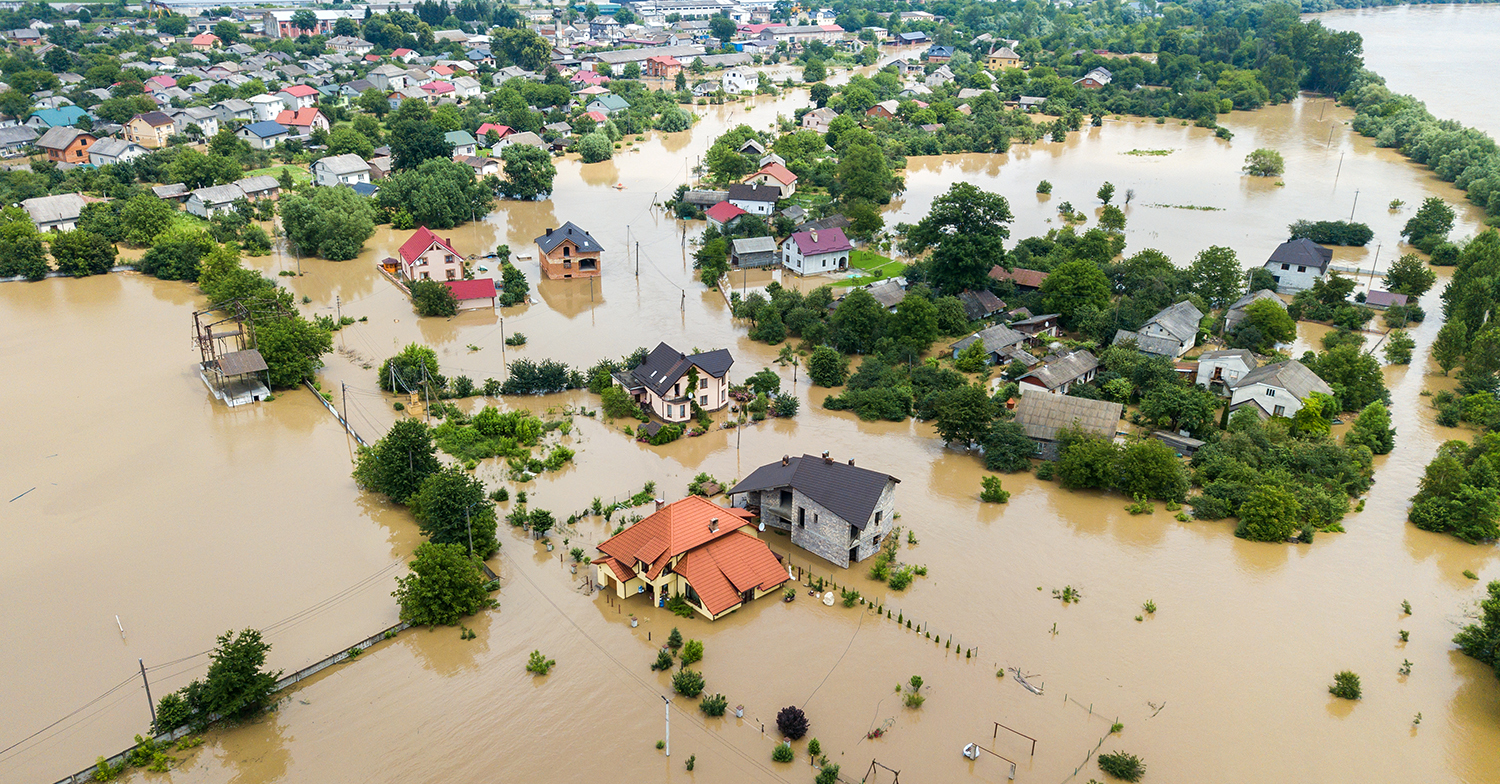 I will remember my covenant between you and me and all living creatures of every kind. Never again will the waters become a flood to destroy all life - Genesis 9:15

A “Resolution on Climate Change” was prepared for the 2021 Synod of the Diocese of Ontario by the Diocesan Green Group, presented by Rev. Dr. Ian Ritchie and approved by the delegates.

The implementation of three of the clauses requires actions by the congregations of individual churches in the Diocese. The material in below was prepared by the Green Group to assist and support the congregations in responding to the three clauses.

Resolved:
Clause 2: Diocese and parishes continue making the Baptismal Covenant and the fifth Mark of Mission a priority in our stewardship

Baptismal Promise and the Fifth Mark of Mission: Strive to safeguard the integrity of creation and sustain and renew the life of the earth. – What does this mean?

Creation reflects God's glory: “For since the creation of the world God’s invisible qualities—his eternal power and divine nature—have been clearly seen, being understood from what has been made, so that people are without excuse” (Romans 1:20).

Integrity of Creation refers to the completeness of God’s creation as a harmonic and synergistic whole (Psalm 104, Psalm 148, Acts 17:24).

Sustain and Renew We are mandated by God to be caregivers of the earth, and we honor God by taking care of what he has created.

Technology and science have given those people who have the knowledge, and especially the economic resources to use them, an impressive dominance over the whole of humanity and the entire world. Never has humanity had such power over itself, yet nothing ensures that it will be used wisely, particularly when we consider how it is currently being used (Laudato Si). However, our immense technological development has not been accompanied by a development in human responsibility, values and conscience. It is based on the lie that there is an infinite supply of the earth’s goods, and this leads to the planet being squeezed dry beyond every limit. The economy accepts every advance in technology with a view to profit, without concern for its potentially negative impact on human beings`or the environment.

We must change our view on the environment and our role in it, on our relationship with all living creatures, and on the role and use of technology in our lives.

Challenge: How can we become better stewards of Creation?

The most important thing you can do to fight climate change: talk about it (TED talk by a Christian and climate scientist Dr. Katharine Hayhoe: https://www.youtube.com/watch?v=-BvcToPZCLI.

Christians and Climate Change (a talk by a Christian and climate scientist Dr. Katharine Hayhoe)
https://www.youtube.com/watch?v=UOJuHpeWoPE.

Stewardship of Creation (Bible-based analysis of human responsibility to care for the Earth):
https://www.webofcreation.org/archive-of-resources/505-stewardship-of-creation.

Resolved:
Clause 3: Urges every Anglican in our diocese to reduce their personal carbon footprint

Clause 4: Parishes to reduce their carbon emissions by 50% by 2030 over 2018 levels and to report annually to Synod Council on progress being made

"Global warming is likely to reach 1.5°C between 2030 and 2052 if it continues to increase at the current rate (high confidence).

Climate-related risks for natural and human systems are higher for global warming of 1.5°C than at present, but lower than at 2°C (high confidence)…

Populations at disproportionately higher risk of adverse consequences with global warming of 1.5°C and beyond include disadvantaged and vulnerable populations, some indigenous peoples, and local communities dependent on agricultural or coastal livelihoods (high confidence)…

The Earth is kept warm because of the presence of atmosphere. It contains some gases that trap the infrared radiation (arrow 3 in the Diagram A below) that is released by the surface (arrow 2). They are called GreenHouse Gases (GHGs) because they act just like a greenhouse, trapping the released heat. Over time, the increased energy in the atmosphere heats up both land (relatively fast) and oceans (more slowly) until an energy equilibrium is reached in each. It also causes more extreme behaviour of the atmosphere including high winds, unusually high rainfalls, very cold air masses etc. The main GHG of concern is carbon dioxide produced by the burning of fossils fuels (oil, coal, propane). Increases in methane production (by cattle, pipelines and leaks from oil wells, melting permafrost, etc.) are also a significant contributor. Diagram B illustrates other existing sources. High and continuing emissions increase the amount of greenhouse gases in the atmosphere where they stay for a very long time (300-1000 years in case of carbon dioxide).

Challenge: Eliminate or minimize the amount of GHGs produced through our church and at-home activities

The main activities producing carbon emissions in our lives are heating and transportation. At the present, Canadians are among the highest per-capita polluters in the world and so the challenge is significant. Technology and personal resolve to make a difference, along with changes in lifestyle habits, are the main avenues for action. Technologically, using electricity where possible is the most effective pursuit. This is especially desirable in Ontario where electrical energy is ‘clean’ (not producing greenhouse gases) thanks to actions of previous provincial governments.

Regarding the heating of buildings in winter, electricity is again the most effective way to eliminate greenhouse gases. It can be converted into heat directly (through  electrical heaters, infrared heaters, electrical furnaces), or to operate heat pumps that extract energy from the air outside and transport it indoors. The effectiveness of heat pumps in cold climates has been an issue for many years because the key factor is the ability to extract heat from cold air. However, the performance has been improving in recent years, and current models can extract heat from air as cold as -35C (minus 31F). – Next to changing the heating method, minimizing loss of heat through improved insulation and controlled ventilation are the most effective ways of indoor energy management.

As illustrated in this video by 'Just Have a Think', When it comes to climate change, the majority of us think we're personally doing our bit, but that we're being let down by everyone else, including our own neighbours. That's just one of the findings of a new survey conducted across nine western nations in November. So, what else does the survey tell us, and what conclusions can we draw?

How to reduce my carbon footprint:
https://europa.eu/youth/get-involved/sustainable%20development/how-reduce-my-carbon-footprint_en

The 35 easiest ways to reduce your Carbon Footprint:
https://news.climate.columbia.edu/2018/12/27/35-ways-reduce-carbon-footprint/

What we can do:
https://www.c2es.org/content/what-we-can-do/

15 essential reads for the climate crisis and solutions:
https://ideas.ted.com/your-climate-crisis-reading-list-15-essential-reads/

Resolved:
Clause 1: Recognizes, on behalf of the parishes of the Diocese of Ontario, that there is a growing global climate emergency.

Clause 6: Collaborate with other partners to strengthen our voice on the climate emergency

Declaration of climate emergency serves to accelerate action on reducing carbon emissions. It helps to publicize, inform and persuade governments, decision makers and individuals about the dangers that lack of action has led to worsening climate conditions; and that continuing inaction will have devastating effects on our lives and the lives of our children.

Declaration of climate emergency is only one, and largely symbolic, step in actions that will result in low greenhouse gas emissions and in reduce dangers of climate change. Its impact will have an effect only after programs and actions implemented by governments, companies and individuals reduce their

carbon emissions. Nevertheless, it is a powerful tool in that respect and a positive step in developing comprehensive response to this threat.

Challenge: Achieve a state where everyone in the diocese (and beyond where possible) advocates action on climate emergency.

Members of the Parliament of Canada representing Diocese of Ontario ridings

Members of the Provincial Parliament representing the Diocese of Ontario ridings

We are living in a climate emergency…
https://www.scientificamerican.com/article/we-are-living-in-a-climate-emergency-and-were-going-to-say-so/

Kingston: So, your municipal council has declared a climate emergency. Now what?
https://www.cbc.ca/news/canada/windsor/what-happens-city-climate-emergency-1.5217065