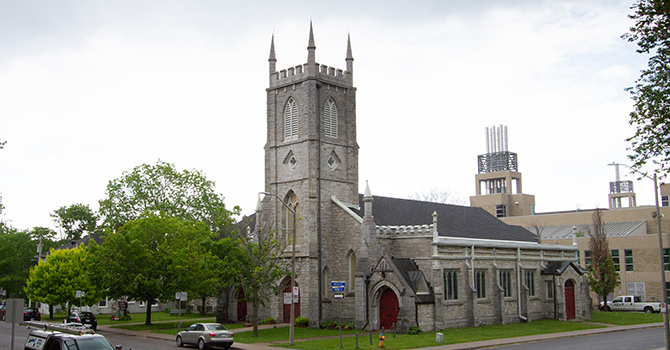 St. James Kingtson is celebrating its 175th anniversary with a video project featuring the Saint James youth with their Queens student interns. The youth and interns approached a cross-section of people at Saint James to ask them why they came to Saint James; what they love about Saint James; and what their hopes are for the future of the parish. The video was edited and produced by one of the parishes Queens student interns. A second video is a mash up of some members of the St. James praise band singing a song at home. The praise band leader, Dave Barton, took all of the individual videos and edited them into one video for the Sunday service. Dr. Beverly Goodwin was particularly creative and recorded herself doing percussion, guitar and also singing in different parts. Visit the St. James YouTube channel to view both videos.